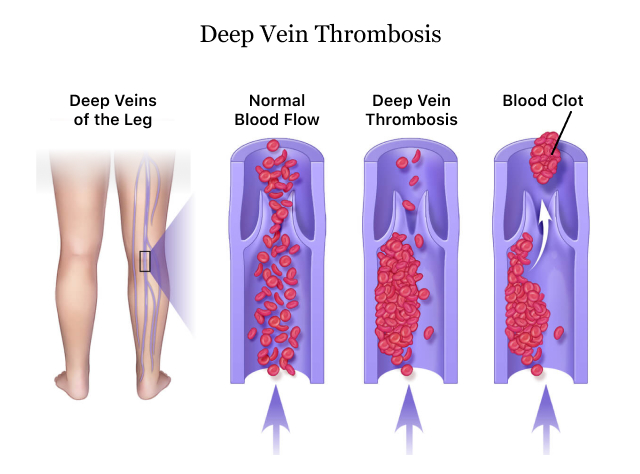 Post thrombotic syndrome is a major complication in up to 50% of people who have had a history of Deep vein thrombosis. A chronic syndrome with various intermittent or persistent symptoms and signs of the lower limb; PTS has typical symptoms like skin discoloration, swelling, heaviness, and in severe cases, painful venous ulcers and claudication.

A gold standard test for detecting PTS does not exist. In practice, patients who present with lower limb symptoms and signs within six months after an acute DVT and with no other identified cause are considered to have developed PTS.

PTS is primarily diagnosed based on the presence of typical symptoms and signs in a patient with previous DVT. It can take a few months for the initial symptoms associated with acute DVT to resolve. Hence, it is generally recommended to defer the diagnosis of PTS for 3-6 months or until the acute phase has passed. The symptoms of PTS can appear even two years after DVT.

The Villalta scale is adopted by the International Society on Thrombosis and Haemostasis as a standard to diagnose and grade the severity of PTS in clinical studies. A score of 15 or higher in the Villalta Scale indicates a serious case of PTS.

Absolute risk of PTS in patients with DVT is impossible to be predicted. However, information on the risk factors for PTS based on several years of research has been summarized. Following are the risk factors during a DVT diagnosis:

Treatment of PTS will be determined based on the severity of the condition. Elevating your legs, wearing compression stockings, therapy and exercise are included in the treatment. To prevent further clots being formed along the veins doctors may prescribe blood thinners along with other medications.

Procedures to alleviate the symptoms of PTS

Thermal ablation or sclerotherapy: These are procedures focused on closing the damaged veins so that blood starts to flow through the healthy veins.

Venous stenting: This is a procedure used to widen the veins that have narrowed due to scarring that happened due to blood clot formation or external compression.

The key to success of PTS treatment appears to be early treatment and compliance to the guidelines provided by the healthcare providers.