CENTRE FOR VASCULAR AND INTERVENTIONAL RADIOLOGY 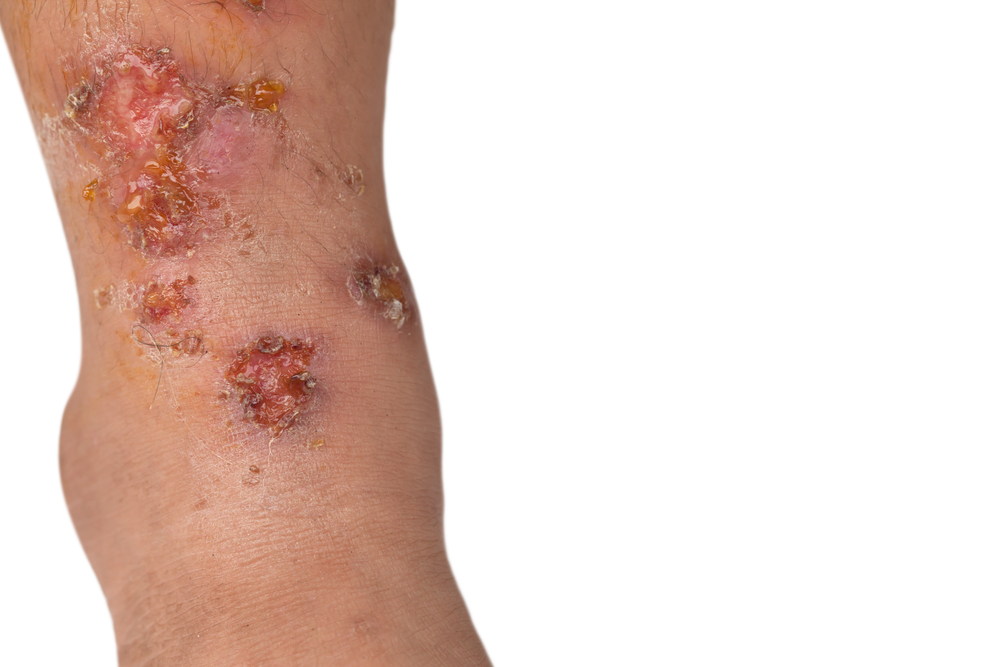 When an open sore on the leg fails to heal for a prolonged period of time, one might be looking at a venous ulcer. Venous ulcers, also referred by various synonyms like varicose ulcers or gravitational ulcers can occur when the veins in the legs do not drive the blood back up to the heart as well as they should. Blood pools up in the veins, building up pressure. This is known as chronic venous hypertension. If not treated, increased pressure and excess fluid in the affected area can cause an open sore to develop.

Most of the venous ulcers are preceded by a long-standing history of venous disease. Discomfort and tenderness of the skin, pigmentation and eczema may have existed for months, or even years before any ulceration can be spotted. This red, flaky, scaly, itchy skin rash (eczema) progressively turns into an open wound, either spontaneously or following some minor trauma. The ulcer is painful to begin with but once it settles down, it becomes painless and hence maybe easily neglected.

Venous ulcers are mainly found on the inner aspect of the lower part of the leg. They are never seen above the junction of the middle and upper thirds of the leg. Venous ulcers are usually shallow and flat and can be of any shape and size. The edge is sloping and pale purple-blue in color. The margin is thin and blue. The interior is formed by pale pink tissue. It might even be covered by dry, yellow tissue if it is not healing well. The base of the ulcer is fixed to deeper structures and cannot be moved easily from side to side or up and down. Watery discharge which might be occasionally blood tinged may also be present.

The surrounding skin may show changes like induration, pigmentation (dark red/ purple/ brown hard skin) or eczema which can get painful. Such skin changes are known as lipodermatosclerosis. Venous ulceration is usually associated with varicose veins. So, it is crucial to look for the presence of any enlarged, gnarled veins on the legs. Other symptoms include swelling of the legs, aching, cramping and it’s tiredness, especially towards the end of the day. The appearance of the swollen and pigmented leg in this case can be compared to that of an inverted champagne bottle.

The ulcer may heal eventually, leaving behind a scar. However, if the underlying venous disease remains unresolved, it can cause these ulcers to recur.

Warning signs of an infection from Venous Ulcers:

Venous ulcers are prone to infection. The symptoms of an infected leg ulcer include:

If the symptoms are ignored for a long time and timely interventions are not instituted, although rarely, there is a possibility of the following complications arising:

Signs and symptoms of venous diseases must never be disregarded. Medical assistance should be sought after at the earliest to progress towards a full recovery and secure a healthy life.